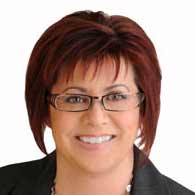 You shopped around for the best deal on your mortgage and weighed the pros and cons of going with a fixed-rate or a variable-rate loan, but another key factor to consider is the term.

A majority of borrowers opt for a five-year mortgage — about 54 per cent according to Mortgage Professionals Canada — but experts say homebuyers need to consider how long they want to commit to when it comes to their loan.

James Laird, co-founder of interest rate-comparison website RateHub, says when people are buying a house and signing a mortgage it can feel like nothing is going to change for the next 10 or 20 years, so signing for a five-year term may seem like it’s no big deal.

“But life is a bit different than that,” Laird said, as relationships and jobs can change.

“Sometimes it is new relationships forming where someone buys a condo, gets a five-year fixed-rate, but then they meet someone and get married… That usually dictates a change in the residency that they have and the mortgage is broken.”

“That can really set you back,” he added, noting that penalties for breaking a fixed-rate loan will be more severe than those for terminating a variable-rate.

While mortgages in Canada generally have terms of one to 10 years before the remaining balance needs to be renewed, refinanced or paid in full, Laird said the average Canadian will only have their mortgage for 3.8 years.

For those nervous that interest rates are going to be significantly higher in five years, it might make sense to take a longer term — but that means making a prediction on where rates are headed in the future.

Choosing a longer term mortgage can help protect you if interest rates rise, Laird says, but the reverse is also true.

For instance, when the rate charged for a 10-year term dropped below four per cent in 2012, some borrowers leapt at the chance to lock in at what was seen at the time as a great rate for a decade.

However, Laird says rates continued to fall and what seemed like a deal at the time, no longer looked so appealing.

He says the rate difference between a five-year and a 10-year mortgage has been around 1.5 to two percentage points.

“That’s a big jump in rate, especially in that initial five-year period, to have to pay just to get that rate for the following five years,” he said.

Mortgage rates today are sitting near historic lows and while it’s unlikely they will return to the high teens of the 1980s, a move higher five years from now is not out of the question.

Canadian mortgage lenders raise the money they need on the bond markets and bond yields have risen since the U.S. election last year, pushing up the cost of fixed-rate mortgages.

“Ultimately, choosing the right mortgage type and term length is a matter of personal preference and what option best suits customers and their personal needs”.